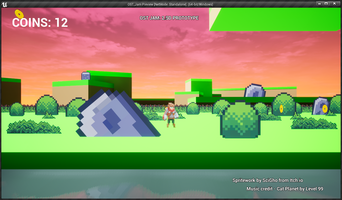 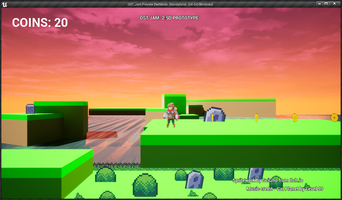 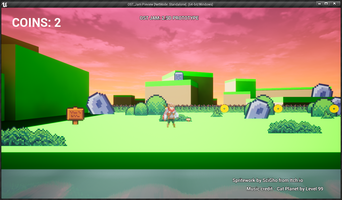 Hi there! You've stumbled upon the second Game Jam that i've ever done! This was for the OST Jam where we had to create a project based on some music we was provided.  An interesting challenge that I wanted to take on! While I had done a Game Jam before at University, this is my first ever publicly published submission.

So, I'm a Game Design Student at the moment and as part of my current unit, I chose to do this Game Jam to push myself in certain areas that need to be upskilled. This project was developed in Unreal Engine 4 and is my first ever proper project using this engine. I'm more of a Unity developer if I'm honest but I wanted to throw myself in the deep end and see how I would do in UE4.

I think the results are pretty good. I couldn't spend as much time as i wanted on this project and I couldn't used the extended time that given, but for something I made in 3 days, I'm really happy with it! I learnt much about Unreal through this and I'm starting to get more familar with the engine! Blueprints is quite difficult to start with but even after only doing a few simple blueprints, I'm starting to get a better understanding of how it all works!

In terms of working with music to get some inspiration, it was fun! I chose the track "Cat Planet" because it had such a chill vibe and instantly gave me inspiration to create an Adventure game which was just about exploring an area! Because of the chill vibe I went with a 2.5D style which I think looks alright, needs more tweaking if I ever use this style in the future though.

Reflecting on this, I wish I had more time to work on it and that my idea was more creative. I held myself back due to forcing myself to use UE4, if I had used Unity I could have been more relaxed. However in the grand scheme of things I don't regret my choice, it remvoed some barriers that I had with UE4 and it was an overall incredible experience! Who knows I might develop this further in the future.

Thanks for reading and enjoy the game :)

Travel through a lush green world.